Chocolate-apricot: A very popular combination in Austria. Even the famous Sacher cake consists of chocolate cake and apricot jam. But in my opinion the jam destroys the nice taste of the chocolate cake which is the reason why I don’t like it that much. I’m a big fan of apricots though and so I thought I’d make a new chocolate-apricot-combination which can be eaten separately as well. The outcome: Chocolate banana bread with apricot ice cream – or let’s say apricot dumpling nicecream as it is super healthy, made without ice cream machine and tastes just like grandma’s apricot dumplings. Amazing!  ? 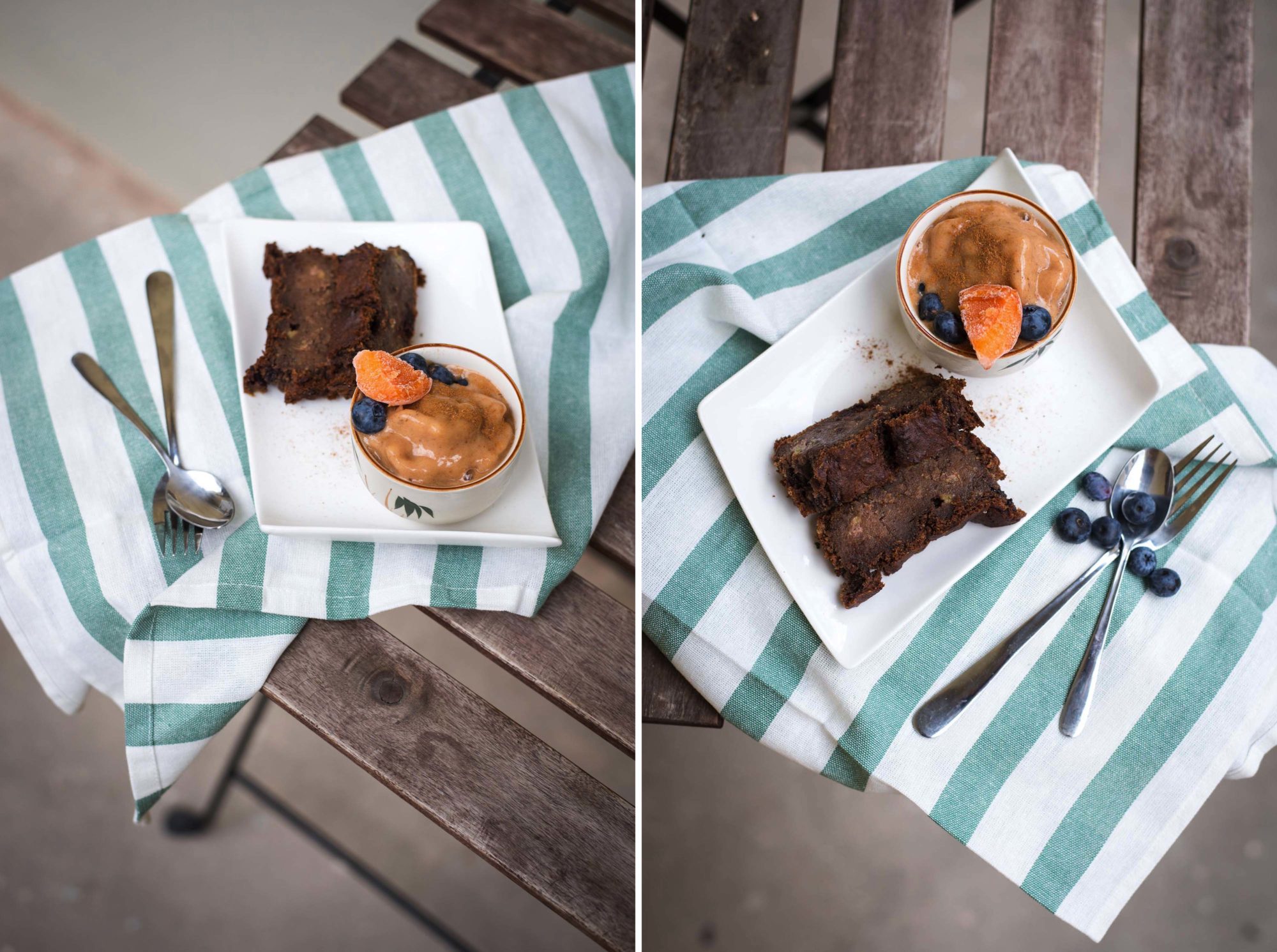 For the banana bread

1/2 cup oat milk
1 1/2 tbsp apple cider vinegar
2 cups rye flour (or any other kind of flour, I took this because I had it at home for my shampoo)
2 tsp baking powder
salt
4 super-ripe bananas
1/2 cup light oil (I took a mixture of olive and rape)
1/2 cup coconut blossom sugar
2 tbsp cacao, unsweetened
1/2 tsp cinnamon
2 rows of vegan chocolate (or even more, if desired)

For the apricot dumpling nicecream 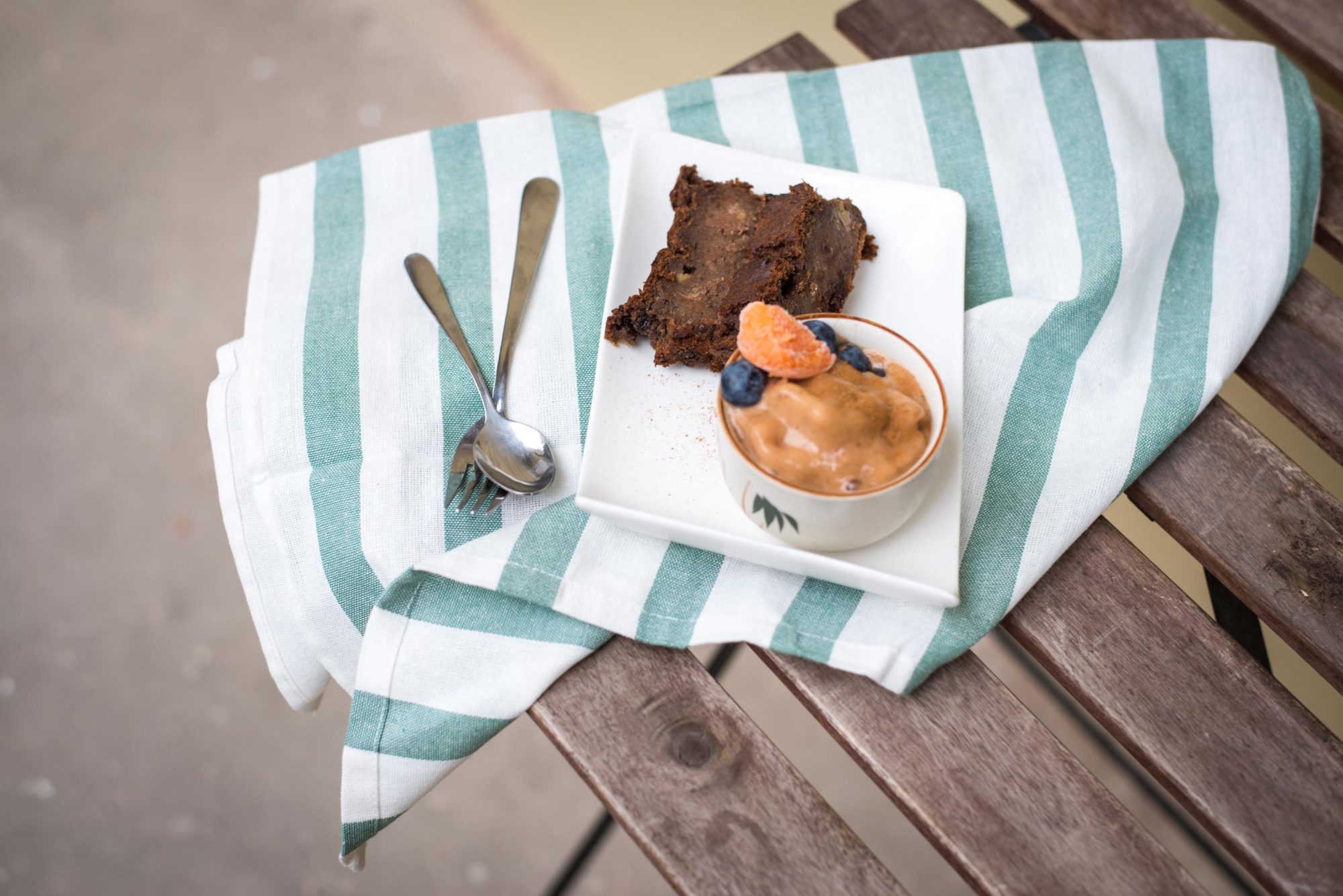 How to make it:

1. For the banana bread mix together oat  milk and vinegar and let it rest for about 10 minutes.
2. In the meantime sieve the flour in a small bowl and add baking powder and salt.
3. Now mash your bananas in a bigger bowl. Add oil, cacao, coconut blossom sugar and stir well. Mix in cinnamon and the oat milk vinegar mixture.
4. Fold in the flour mixture.
5. Cut the chocolate in small pieces and fold them in as well. Grease a baking pan and pour the batter into it.
6. Bake at 180° C until a fork or needle comes out clean when stinging in the cake. Let it cool or eat when still warm :)

7. Put all the ingredients for the apricot dumpling ice cream in a blender and blend until smooth. Don’t take too much milk – it’s just in order to make it easier for your blender. Too much milk will make your ice cream very liquid.
8. Decorate with cinnamon and bueberries and enjoy with your banana bread :)

If you don’t like the fudge-part of this recipe, check out this recipe for another banana bread version :) 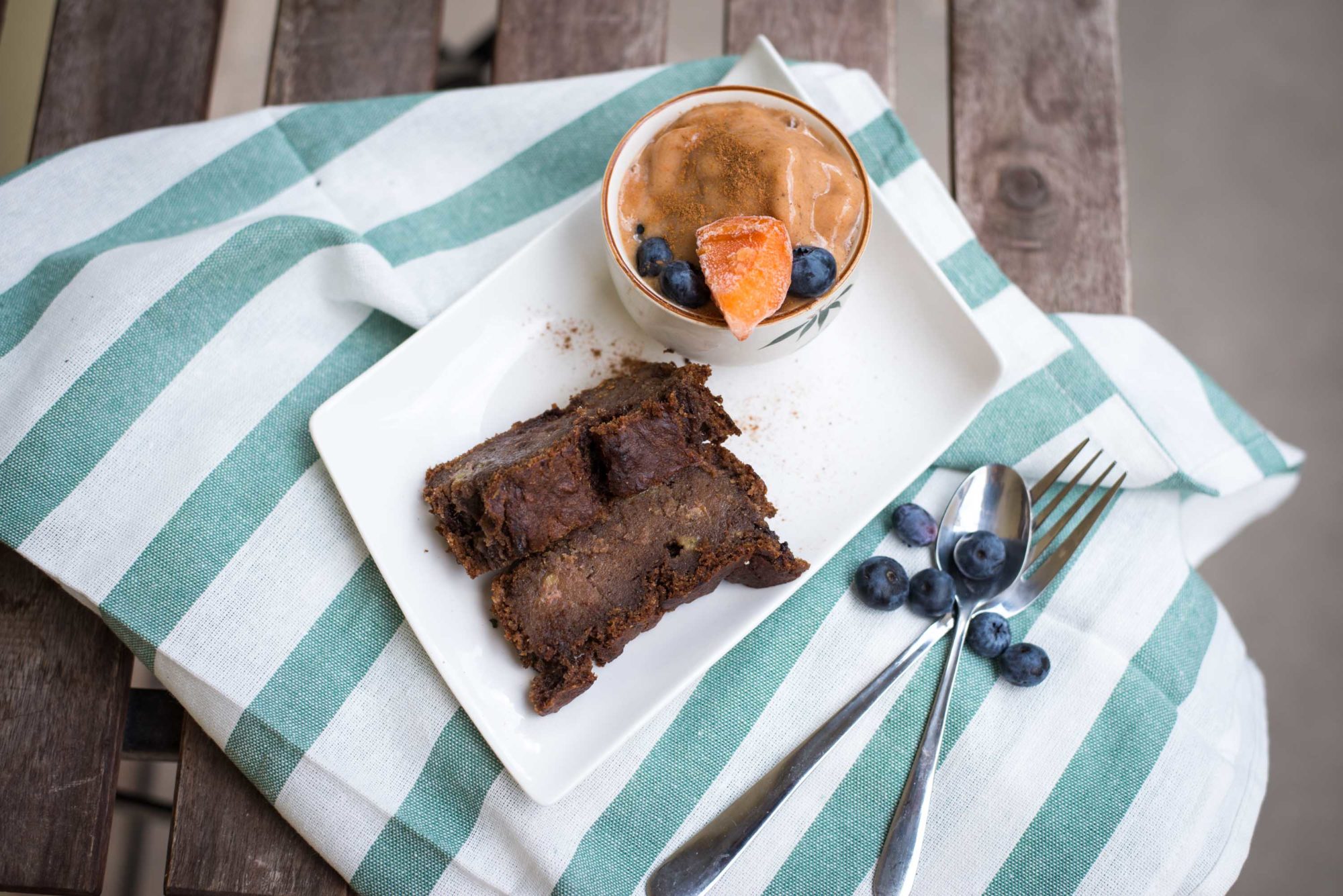