In the heart of Prague {Travel Tip}

It took me three months to finally do it: Writing a short travel guide for Prague, my home town for this semester. Now – a few weeks before I’ll leave again – I feel briefed enough to give you some tips of what to do in the “Golden City”.

To start really honestly, Prague is not my favourite town to live in. It has so many disadvantages compared to Graz, my former home – at least when it comes to my lifestyle. But as a tourist you will love it for sure. Just be aware of some things. 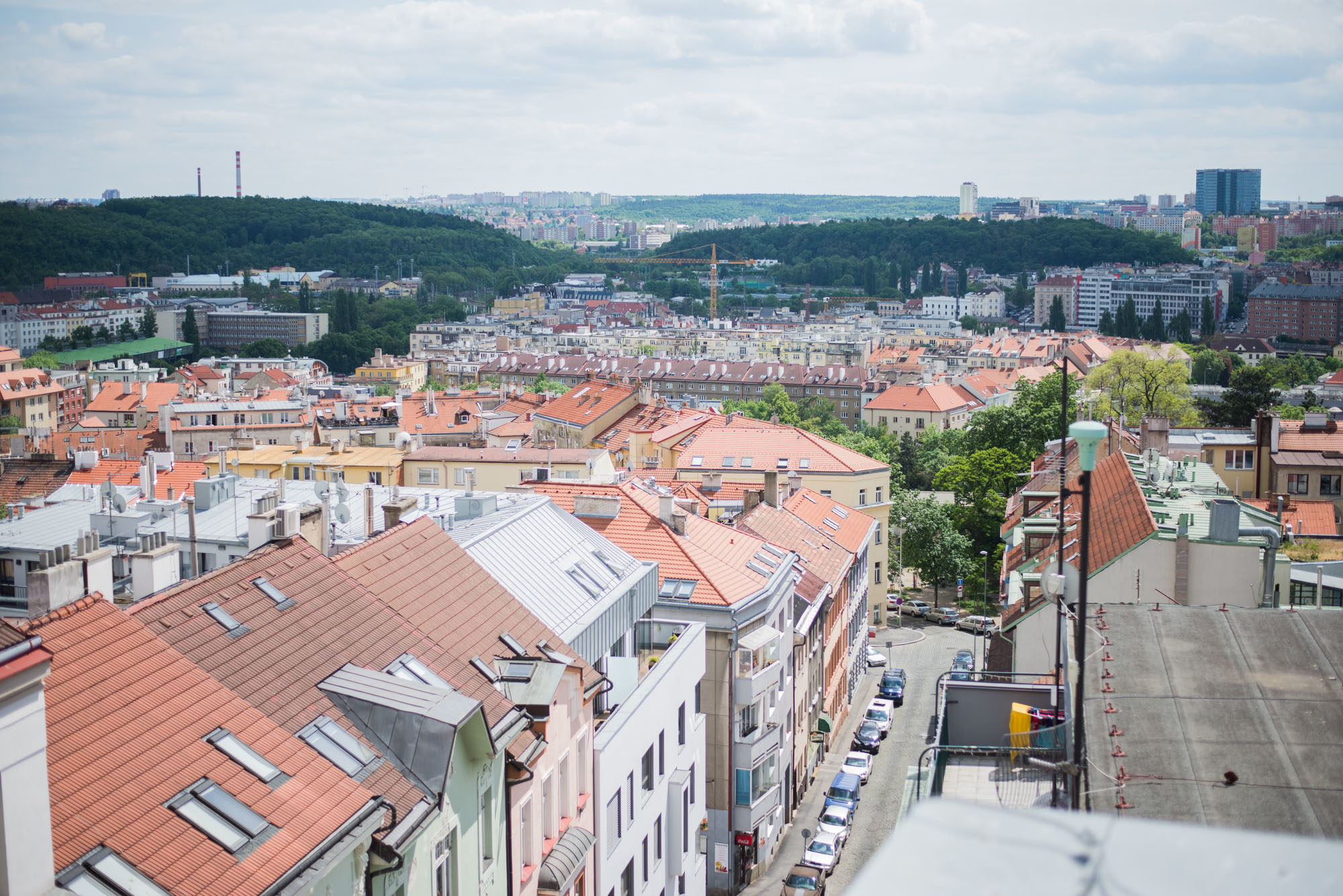 Oh yes, it is a beautiful city. A really really beautiful city with all its cute little houses and impressive monuments. You can feel the history, no matter where you go. As a German tourist I’ve seen once stated: “Is ja wie’n riesiges Museum hier. D’ ganze Stadt.” Yes, German-man, you are right.
And what I love the most are all these incredibly beautiful parks! My favourite ones are Letenské sady, Petrin, Havlíčkovy sady and Vyšehradské sady. But there are so many more, so go and explore (please excuse that bad rhyme).
But the cutest part of the city are the tiny streets around Kampa park (you can also find the John Lennon Wall there). Just get lost here and enjoy the view! 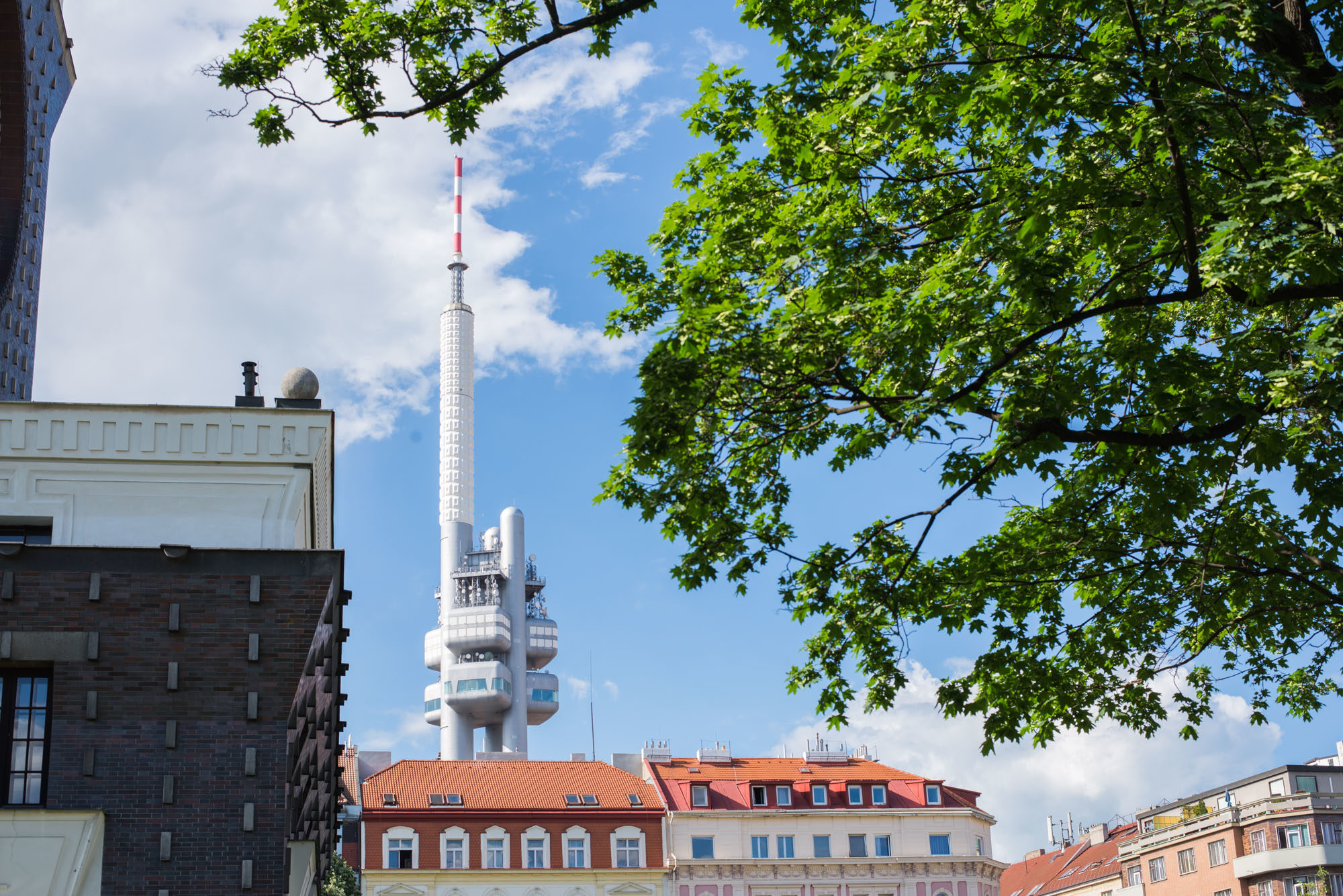 As I’m not a fan of big (and touristy) clubs, here are just three bar-recommendations:
For cheap cocktails go to Al Capone’s, a tiny cocktail bar with a dim atmosphere. The cocktails are not bad and SO CHEAP! Long Drinks are around 50-70 crowns (2-3 Euro). The bar is located at Bartolomějská 3.
If you are more into the fancy kind of bars and like to have a breath-taking look over the city, go to The Tower Park, a bar located in the Žižkov tower itself! The cocktails are more expensive (about 180-200 crowns, so about 7-8 Euro) but really fancy and good! And if you are into surprises: Go for the cosmopolitan!
The last bar I want to recommend is My Jsme Narodní, located at the Narodní Street. You can’t find it in the internet as it wants to stay unpopular – but it’s definitely worth a try (especially the Matcha Tea Cocktails). It’s big, with quite a few different rooms (some calm, some loud), a live-stage, loads of cool people and a huge dog. 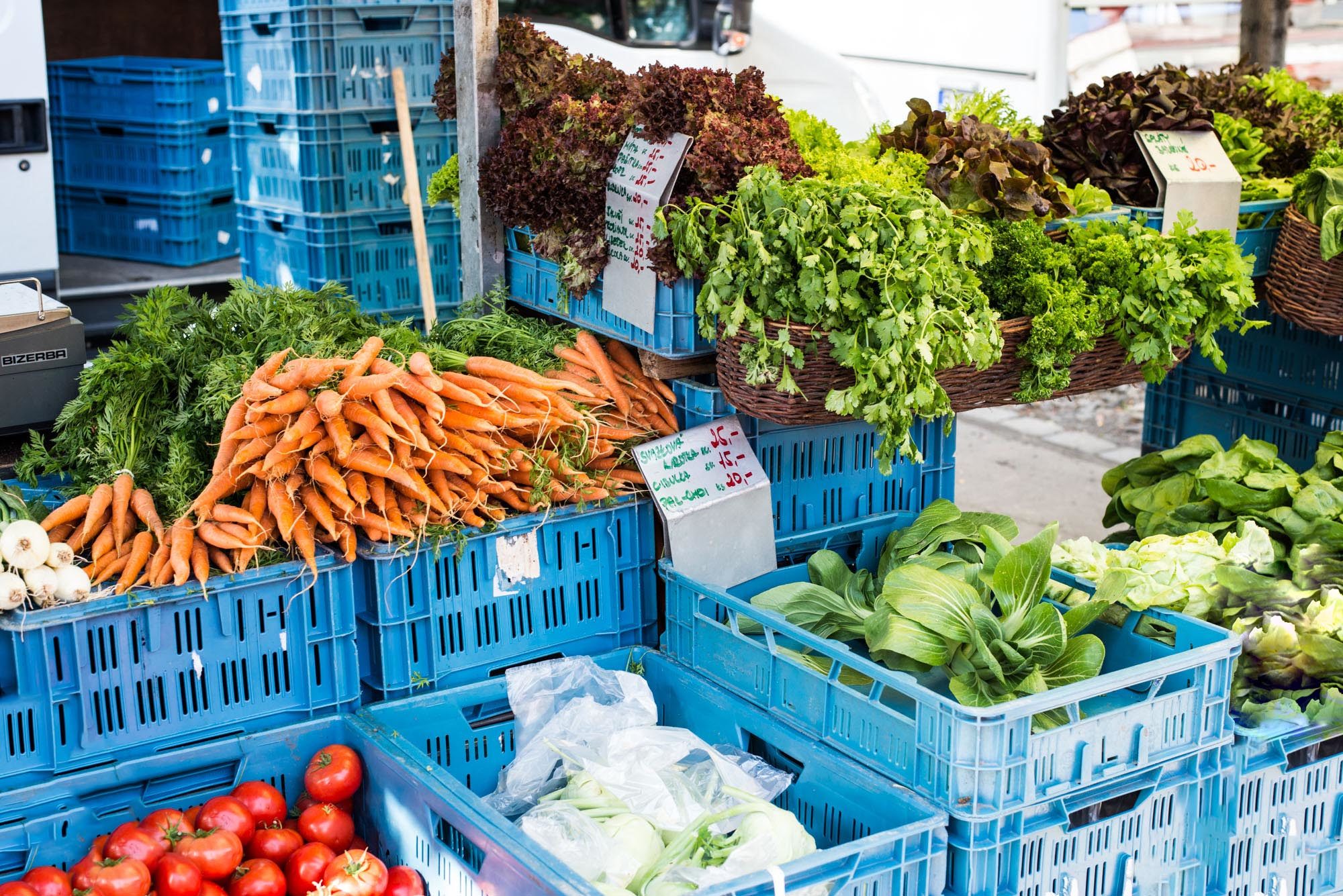 There is a whole blog, called Taste of Prague, just for telling you where to eat and what to eat. Many people consider it to be really helpful but as I was searching for vegan food, to be honest, it wasn’t exactly brilliant.
I’ll write an own vegan food guide for this town later some time but for now just remind yourself to book an apartment with kitchen if you come here (and go to all the farmer’s markets around for shopping). Trust me: Otherwise you could go wrong in so many ways. 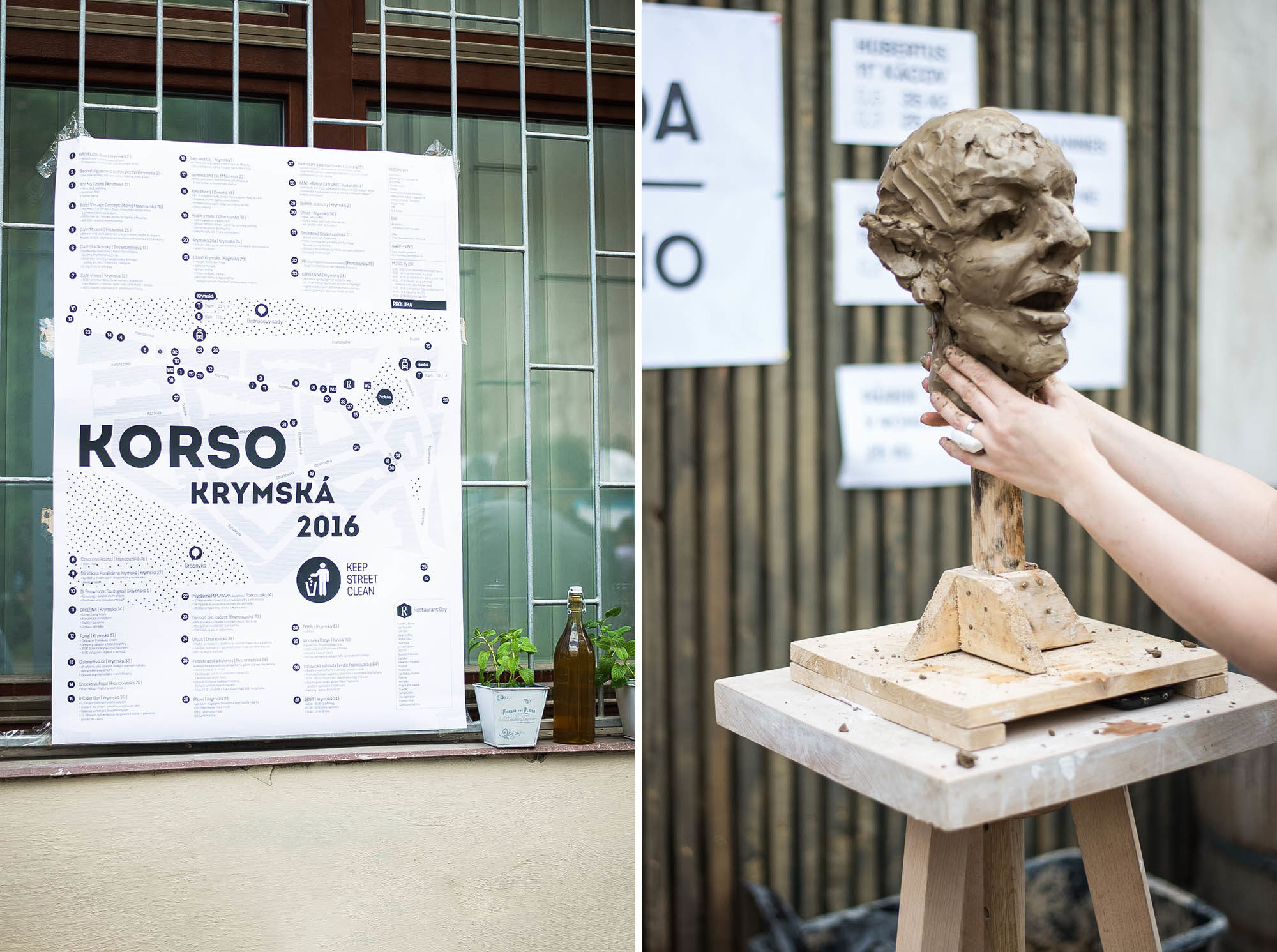 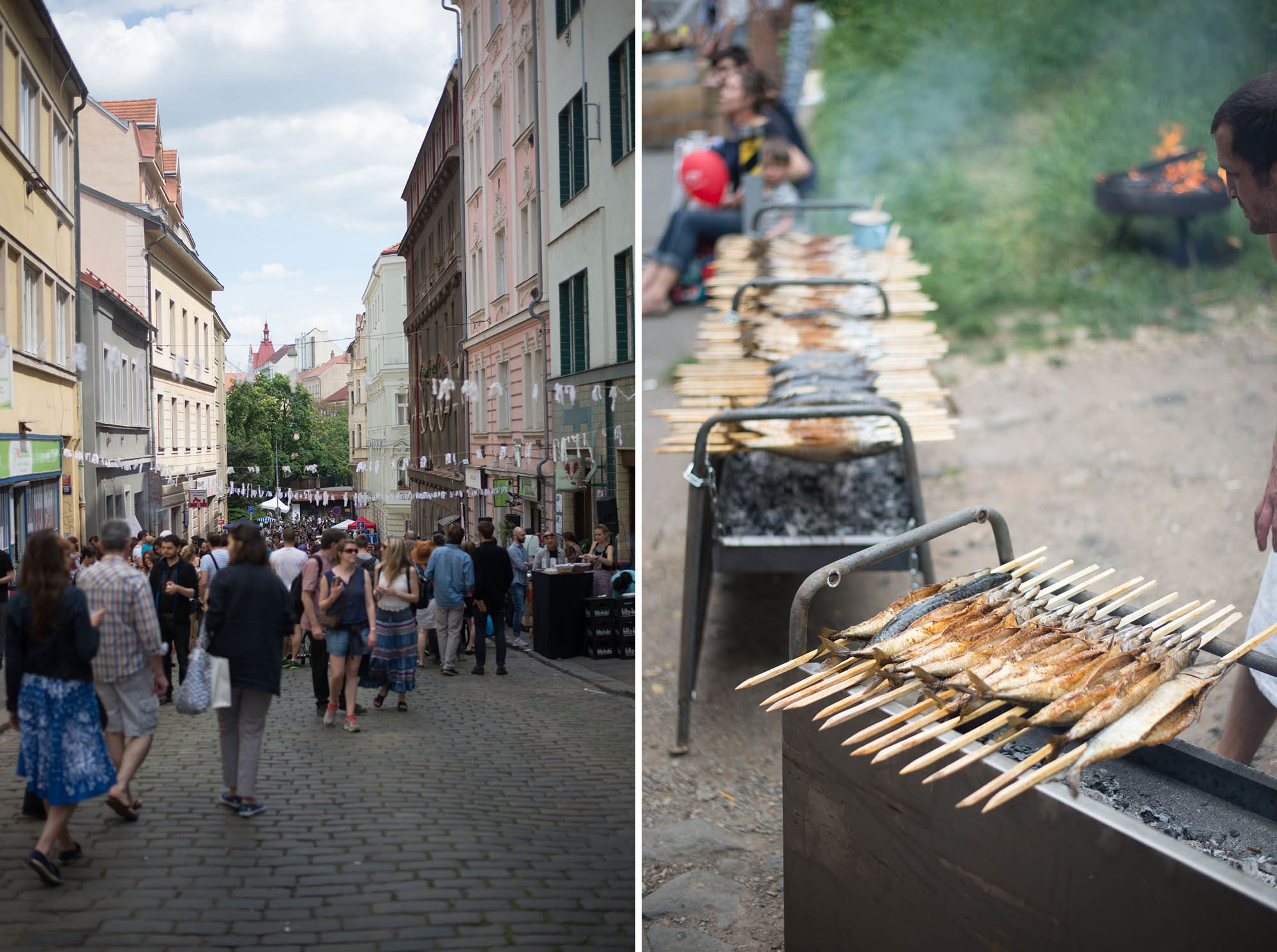 When it comes to festivals here, however, I was positively surprised! Especially KRYMSKÁ, a street festival for good music, (getting dirty with clay) and food was absolutely amazing and totally my thing. I’m not sure if it also takes place next year but if so and you have the possibility to go there: Do it! You won’t be disappointed by the variety of food, drinks and lovely people. (By the way, there was no entrance fee.) It was also the first time I saw traditional Czech food but vegan (Czech cuisine = meat cuisine).
The next event – on the 12th of June – also sounds promising: It’s called Sustainability Day and features slow fashion, urban gardening, vegan food and DIY workshops. Definitely worth a try! 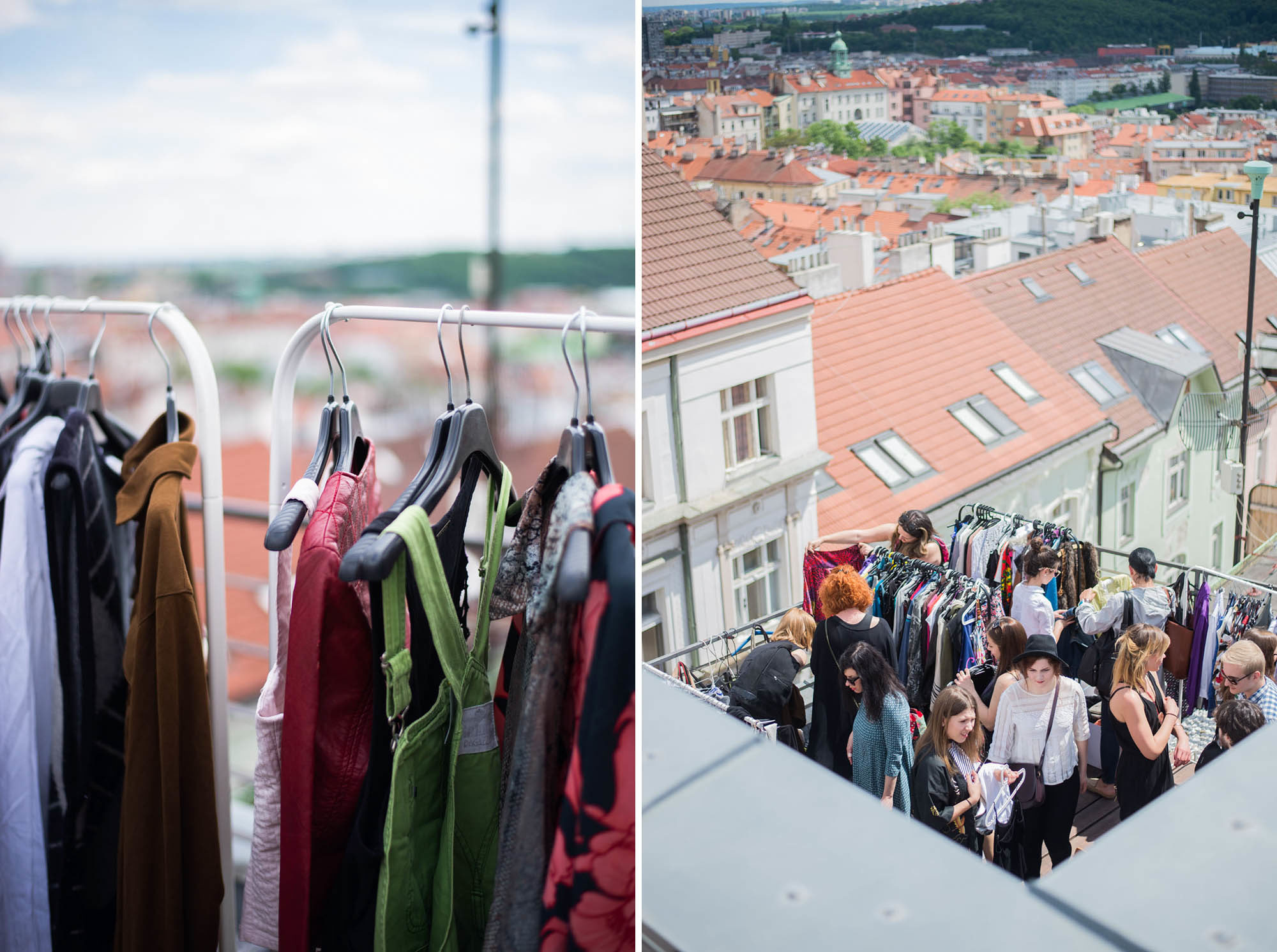 If you think Prague is a vintage paradise you are wrong. Ooooh, so wrong. However, there are three kind of nice stores I could recommend:

If you are more the flea market kind of person don’t come here but go to Graz or Hungary. Or Vienna. Or Lissbon. Or in any other city. Prague’s most famous flea market (that is said to be the biggest in Europe… Ah, well, hm, not really…) is depressing and grey, besides you have to pay an entrance fee to get in (even though it’s just one Euro). Nevertheless I found some awesome vintage treasures in between of new fake-designer-bags and gross, old sausage- and meat rests.
Also the “normal” second hand stores aren’t worth a visit, to be honest. BUT. On the pictures above you can see a rooftop vintage market I’ve been to. It was part of the Krymská Festival and you were able to find some really nice pieces there. Also the flea markets in the MeetFactory are worth a visit but be aware that you might have to queue for at least half an hour. 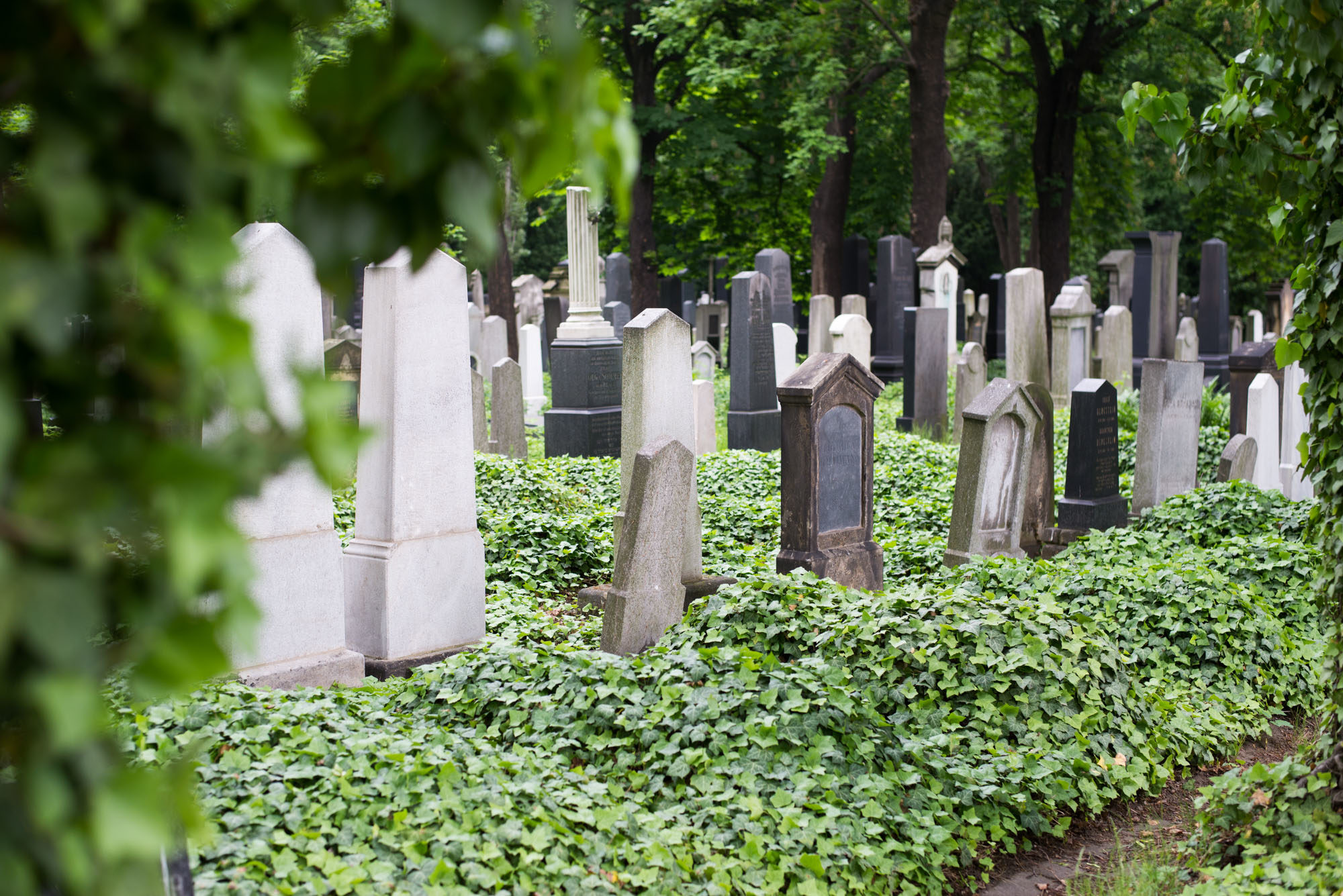 I’ll end my short guide with the more obvious things: Prague’s sights. I won’t tell you about the old town square or the castle here (which is, by the way, not really worth a visit) but about some, maybe, not so known ones.
Definitely a must-see: The NEW Jewish cemetery. Of course the old one is beautiful, too, but this one is so much bigger, you don’t have to queue and there are no entrance fees. It’s more like a huge park, all overgrown with ivy. And for Franz Kafka fans: Here is his famous grave. (Be aware: It’s closed on Saturdays, of course.)
Prague is also popular for it’s strange statues – most of them from David Černý. There are not only the naked babies on the tower and at the riverside but also the so-called “Brown Nosers” (giants where you can watch a video by climbing up a ladder and looking in their butt holes) at the Futura Gallery and many other quite… interesting sculptures. So and now: Book your bus to Prague!